The safety of players, coaches, tournament management, spectators and referees is the primary concern in any weather event that may occur during the tournament.

Severe weather is unpredictable and beyond the control of the tournament organizers. The Summer Sizzler organizing committee has the authority to relocate or reschedule any game, reduce game time, or cancel any game. Select games may also be cancelled outright with no refund issued. Any games cancelled due to weather are not subject to refund.

Unless otherwise notified by the Tournament Committee, teams must appear at the scheduled location and time. The City of Edmonton Field Closures are ﻿NOT in effect for this tournament.

The field conditions will be monitored by tournament organizers; if the playing surface is considered too dangerous for play then the game may be rescheduled or cancelled. Tournament organizers will have the final say if a game will proceed due to inclement weather. The decision to play the game will be decided at game time.

A game is considered complete if one half (50%) of the game has been completed and terminated by the referee or Tournament Committee.

If a game is cancelled before one half of the game is played, and the option for penalty kicks does not exist, the score will be set at zero and the match declared a tie.

In cases where a game has been cancelled or altered in any way, it is the responsibility of the teams involved to contact the Tournament Committee for verification of changes. Updates will be posted to the Summer Sizzler webpage as needed.

The Tournament Committee reserves the right to cancel the tournament in whole or in part due to inclement weather or unplayable fields and no refund will be issued.

The "When Thunder Roars, Go Indoors" rule will be used to determine if a game will proceed due to lightning and thunder or if the Air Quality Health Index (AQHI) is “7” or higher the "Extreme Heat Event"  the Tournament Committee reserves the right to cancel games

The referee, in conjunction with the Referee in Chief & Tournament organizer has final say on whether games proceed or not.

When lightning is spotted, begin counting until thunder is heard. If this time is thirty (30) seconds or less, seek proper shelter. Wait thirty (30) minutes or more after hearing the last thunder before leaving the shelter. If you cannot see the lightning, just hearing the thunder is a good back up rule. Do not seek shelter beneath trees.

Please Note: If 50% of the game has been played before inclement weather, the game will count and the score will stand. Tournament organizers reserve the right to shorten games due to inclement weather and if needed games will go directly to penalty kicks to determine a winner.

Severe Inclement weather can result in Games being cancelled outright with no refund issued. 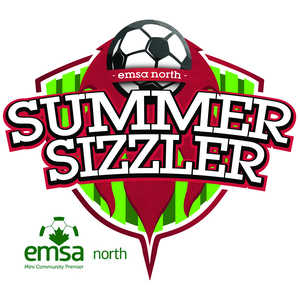